The painter Dimitris Gioldasis was born in 1897 in Morfovouni, the son of a poor family. He spent his childhood working at tobacco processing plants. A devoted scholar of human nature and art, he belongs to the Thirties generation, which played an important role in the history of modern Greek art.

The land of Thessaly that bore him was also his primary source of inspiration. His compositions are characterized by spontaneous movement, sparseness, and the rigor of flat color, as well as by the atmosphere of the Thessaly plain. Landscapes were an important theme in his work. He created a series of landscapes depicting various regions of Greece and other countries, but mainly of Thessaly. He did not adopt elements from other artistic movements, but established a personal style that sprang from his love for his land of origin. Portraiture was another theme he explored in many of his works.

Dimitris Gioldasis was a distinguished man, who supported the rights of the weak, along with peace and friendship between peoples. He participated in the National Resistance during the Nazi occupation of Greece in WWII, and he defended his ideas passionately throughout his life. As an artist, he created a profoundly Greek body of work, which bore his personal stamp. Color was a primary means of expression at every stage of his creative output. His love for the landscape and for the people led him to produce a unique body of work, which earned him a rightful place among the great artists of his generation in the history of Greek Art.

He died in 1993 in ripe old age, leaving behind a great historic and artistic body of work, which uniquely captured a landscape that changed rapidly, losing its original beauty. 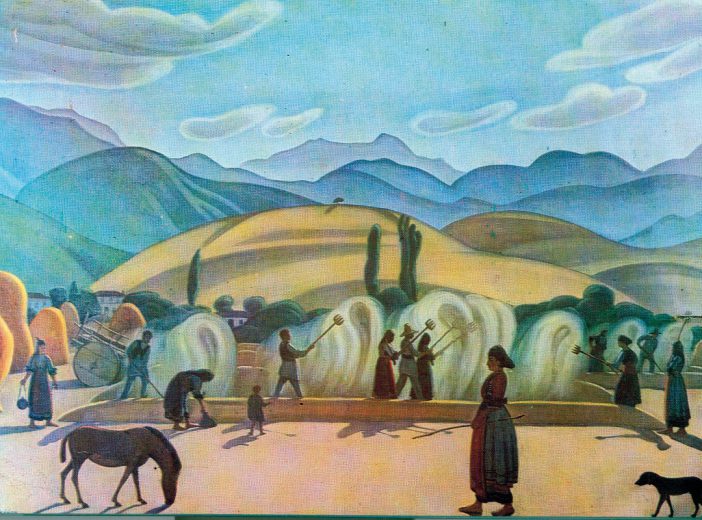