The lake is the most successful example of human intervention in nature. The harmony and beauty of the landscape creates the illusion that the lake is natural, with only the existence of the dam indicating that it is man-made.

A major environmental issue is the large variation of the water level, depending on the season and local irrigation needs. Nevertheless, the lake and the surrounding area have a rich ecosystem: its waters are home to many species such as eels, common carp, trout, bass, gibel carp, lavaret, tench, bleak, and roach.

The region is also the habitat of many species of birds, such as herons, Eurasian coots, various species of gulls, grebes and cormorants, and more rarely there are sightings of little egrets, griffon vultures, peregrine falcons and golden eagles. On the banks there are foxes, wolves, wild boars, badgers, weasels and less frequently bears, deer, and wildcats.

The most representative species of flora in the 700-to-900-meter elevations is the broadleaf oak that is locally called Dendros; up to 1500 meters there are spruces, while further up in the pseudo-alpine zone there are low bushes. The region’s flora also includes underbrush such as fern, geranium, cyclamen, crocus, narcissus, various orchid species, etc. 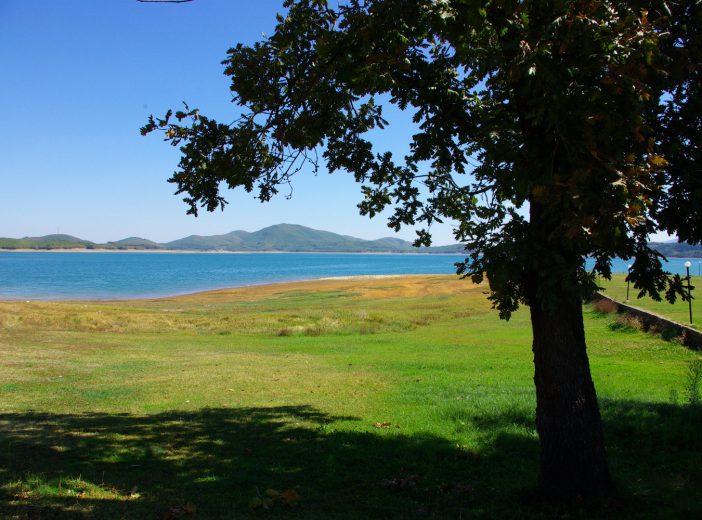