A unique local personality, Saint Seraphim was from Pezoula, a village in the Nevropolis area. He was born in the 16th century and studied at the school of the small Saint Panteleimon Monastery, where he was distinguished for his diligence.

His monastic life began in the Monastery of Korona, where after a long stay he became abbot. During his abbacy, the monastery reached the peak of its glory. His fame expanded and as a result, Saint Seraphim was unanimously elected Archbishop of Fanari and Neochori. However, his faith and his devotion to the Church, as well as his love for his homeland, provoked the ire of the Ottomans who sought for a reason to kill him.

The martyrdom of Saint Seraphim lasted two days, the 3rd and 4th of December, 1601. After being tortured at great length, he was skewered and decapitated. After several adventures, his remains were miraculously discovered by local fishermen; one night, they saw a luminous column rising up to the heavens and heard psalms. So it was that the skull of Saint Seraphim was discovered tangled in fishing nets, and was delivered to the Dousikos Monastery. As soon as the monks of the monastery of Korona heard of the discovery, they requested the holy remains of their former abbot. When received, they were placed in a suitable sacred container in the Monastery of Korona, where the faithful can worship the sainted skull to this day. It is said that those who arrive with faith and invoke the Saint’s help are cured from all illness. In his hometown, upon the ruins of his house, a church was built in the Saint’s honor. 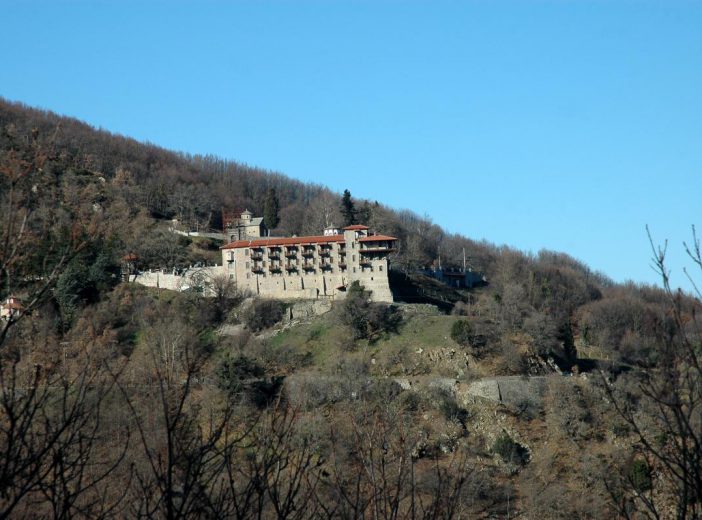