The Monastery of Korona is one of the most important religious monuments in Thessaly. Located at an elevation of 800m. and imposing as a fortress, the monastery looks out upon the plain of Thessaly all the way across to Mount Olympus. It is dedicated to the Nativity of the Virgin Mary.

It is located close to the village of Mesenikolas. It was built by the Emperor Ioannis II Komninos, in the early 12th century, when the holy icon of the Virgin Mary of Korona was miraculously discovered in the area. It comprises the main church, with noteworthy frescoes by the Cretan School dating back to 1587, and two wards of cells. The wooden templum, created by local woodcarvers, is considered among the best in Thessaly.

The chapel of St. John the Baptist houses a fresco dedicated to six local saints of the region. Also interesting for visitors is the clandestine school room, used during the Ottoman occupation; the entrance is located under a church pew. The Monastery of Korona is where Saint Seraphim came to take his monastic vows in the mid-16th century; he later became the Archbishop of Fanari and Neochori, and was martyred by the Ottomans. He is the holy patron and protector of the Monastery, where his sainted relics are preserved.

The Monastery of Korona was a remarkable religious and spiritual center, and an important base of operations during every liberation struggle in Greek history. Today, the monastery is inhabited by a small commune of monks. The reenactment of the Descent from the Cross, or Deposition of Christ, that takes place of Good Friday, is an exceptional experience for visitors. The Monastery celebrates on September 8th, the nativity of the Virgin Mary. 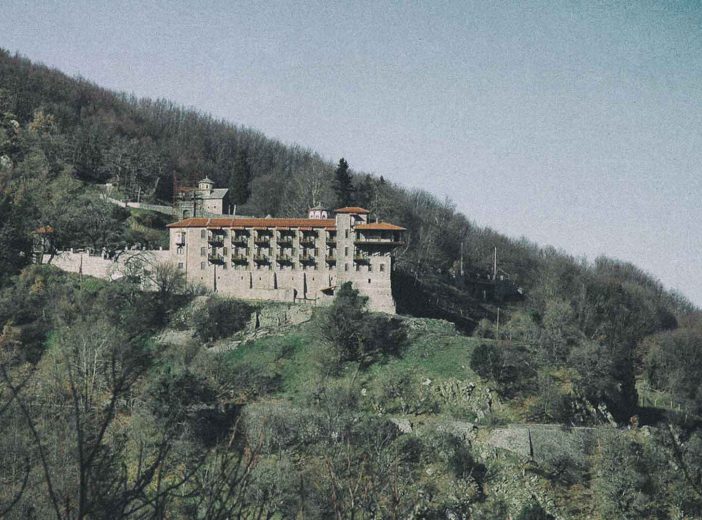